Fountain has continued to provide an endless amount of entertainment for myself. Though, one such engagement that took place on October 10th, 2015 (last Saturday) particularly stands out as one […]

Fountain has continued to provide an endless amount of entertainment for myself. Though, one such engagement that took place on October 10th, 2015 (last Saturday) particularly stands out as one of the more entertaining ones recently.

We were forming up a fleet consisting of light tackle and Svipuls to take a direct wormhole in to SMA (Space Monkeys Alliance) space. The wormhole resided a mere five jumps from our staging system, so we figured why not? We’ll take a shit on their lawn and leave.

I decided to take out my Crow to act as a forward scout for the fleet, and to keep an eye on our wormhole while everyone made their way to its location. While I was hanging around in system with Fletcher Wolfe – My Corp CEO – we had a sudden spike in system.

Well, they certainly did not come from the wormhole as I could not find any of them on top of it. I had a hunch they were on a course to reach our pocket of space, so I sat on the out gate that was in the direction of our pocket. Sure enough, I was right and their fleet quickly began to land on gate with me.

Their fleet consisted of mainly of Hurricanes, light tackle, and some T1 Logi ships totaling around 20 or so pilots. A modest number and they outnumbered us not by much. We were very certain we could take their fleet on with our composition of logi and Svipuls.

I trailed them from gate to gate for three jumps, 100% certain that they were on a course for our staging system of XUW. Our main fleet lay in wait in TEG on top of the inbound gate, which was one jump away from XUW.

Unfortunately, they quickly caught on to what I was doing. They waited for me to decloak with them, and before I could warp off they had me insta-locked and pointed. Pretty good job if you ask me. They popped my Crow, and as I began my very short journey back to XUW to reship, they were in warp with my pod to the TEG gate.

As I entered TEG, I saw our fleet sitting on the gate ready to wreck the enemy fleet if they came in. Most of them had aggression timers still on countdown, so they had a few moments to ready themselves, and it also gave me ample time to reship in to a Griffin to return to the fight with.

At about the time I was in XUW and hopping in to my Griffin, we caught intel that the FC of the enemy fleet was on Twitch doing a livestream. The best part was that his stream was not on a delay. His stream was completely live, and we decided we would exploit it. With real-time intel being given to us by their own FC, you can figure this is where things start to get sour for them.

They jumped in to TEG, and immediately upon seeing our fleet lying in wait for them, they crashed gate to return to 87X. As they were crashing gate, and our fleet were waiting out aggression timers to chase, I was just beginning to land on grid with everyone. Our friendly stream sniper told us they were setting up on the side of the gate, preparing themselves for us to jump in and engage.

Once we were all ready, the order was given to jump in to 87X. We all quickly decloaked and began hitting their fleet. I put my jams on their logi ships, and my first jam cycles against them all succeeded the first time, effectively putting their own logi out of the game leaving their ships helpless to our DPS.

Our own logi were holding very well against their DPS, successfully keeping everyone alive. Our stream sniper also aided us in that area by relaying to us who they were going to primary next. Our logi were able to get reps on our friendly ships before they even began firing on them.

They were quickly losing ships, and their FC made the call to scatter. At this point, their fleet had no chance of breaking us, and on top of us having real time intel against them, it was only a matter of time before we caught all of them.

We chased them around the system of 87X for a good 15 minutes, either landing a mere few seconds after they did, or often times before they did, effectively picking them off here and there. Their FC on Twitch seemed adamant about bouncing around continuously, but made mention that “he had friends on the way to dunk us”. We knew he was bluffing and merely saying that since he knew we were watching, but we decided to play that in to our favor.

My fearless corp CEO – Fletcher Wolfe – came up with the idea for us to scatter across all of the out gates in 87X, but remain on the other side in a separate system, giving the appearance that we were running away from them after their FC said he had friends on the way. 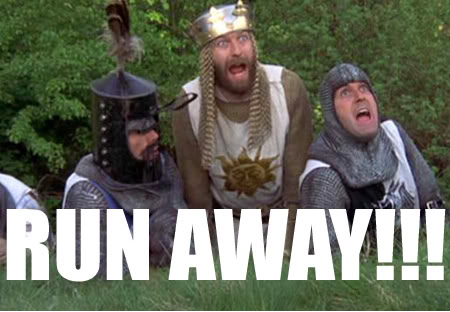 Without fail, as soon as we minused out of system, their FC thought he was being clever and warped everyone to an out gate, thinking he would either out run us now, or we had run off. It was humorous watching his face when as soon as he took his fleet in warp, we all jumped in and immediately raced ahead of him to their out gate. Since we were in smaller, faster ships, our guys beat his fleet to the gate.

Their FC knew it was over at this point, and made the call to make their final stand on the other side in C-N4OD. The engagement ended just as quickly as it began as we tore through the rest of their fleet. We put a bubble up, trapping all of their pods, and we made short work of mopping up the battle area.

Needless to say, I learned a valuable lesson that night. If you ever decide to do a livestream of you playing Eve Online, always make sure you put the longest delay as fucking possible, especially if you as the FC are also the streamer.

You can also watch the entire engagement (which I highly recommend). I will link the video below for you to enjoy. To get to where things actually start, skip to 01:22:00 for dankness.

All of the pwnage aside, it was actually a pretty fun encounter and I am glad these guys had the balls to come out to our region of space. Their fleet was apparently heading to some massive brawl in Cloud Ring at the time, and just happened to be unlucky enough to be seen by me as they were passing through.

All in all, a very fun encounter, and I applaud their FC darvane for being a good sport about everything. After the battle, our Alliance CEO – Abinus Sertan – started a conversation with them gave them some feel good words. I also enjoyed just watching the stream, and might even continue to watch here and there in the future. You can check his actual stream out here: Moosearmy Twitch

Remember kids, keep your streams on a delay, and never discount the Griffin. Mad jamz yo.