Dual Universe – Can We Build It?!

Yes we can! Ok, bad play on words as far as the topic name goes, but I swear it has relevancy here! The writer from the Novaquark team developing Dual […]

Ok, bad play on words as far as the topic name goes, but I swear it has relevancy here!

The writer from the Novaquark team developing Dual Universe, Alain Damasio, released yet another devblog containing Part four of an on-going mini-series that revolves around a pioneers first awakening experience when the Arkships first land on their new alien planet. Alain Damasio has done a pretty spectacular job as far as describing what we, the players, will first experience when the game goes live. 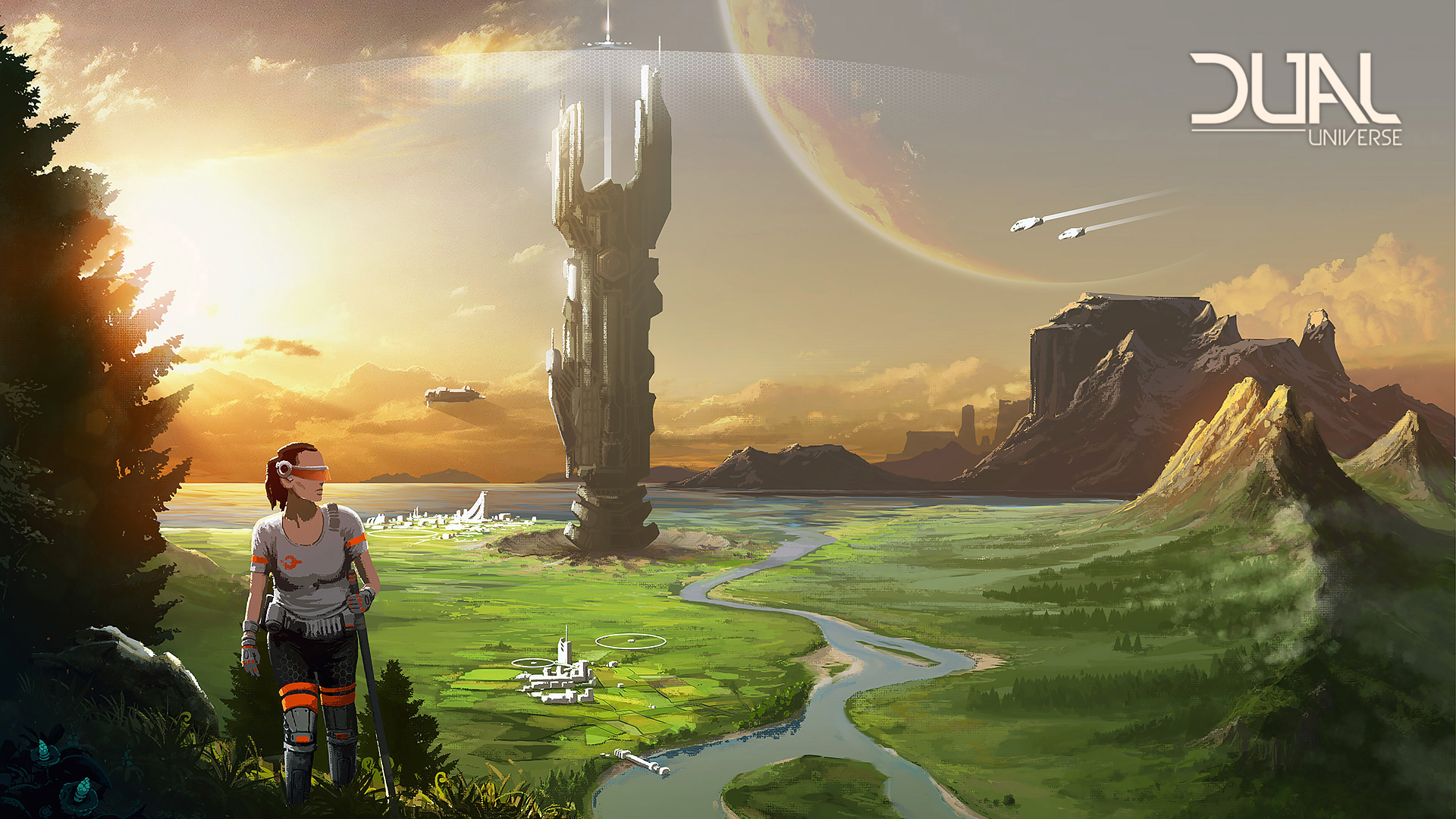 Part four of the series, while in my opinion not as exciting as the first few posts, is quite interesting in that it gives us a glimpse of the tools we as players will have starting off with.

The “kadpak” and “morpher” is a system developed by Novark’s engineers. Novark, as you can guess if you’ve read the backstory to DU, are the engineers who designed the Arkships to begin with. The kadpak utilizes technology to super compress materials. The morpher ties in to, being used on the users arm as a sort of cannon. Point the morpher at a tree or rock and pull the trigger, then prepare for the most suckage you’ll ever see in your life as you witness the materials being sucked in through your arm.

Ok, that sounds a bit weird.

There was even a notable mention of how the resource gathering is similar to a game we all know as Minecraft. At least that’s how I took the hint. So far, the gathering and management tools depicted in this post seem more or less like a combination of minecraft and Ark: Survival Evolved.

Using the same tools, you can select blueprints and build them pretty much out of kadpak and morpher, where it then poops out of the cannon wherever you point it. Yep, it poops.

It’s a reasonable route to take with a game of this scope, where building is a huge part of the gameplay. It’s a simplistic approach, and it cuts down on a lot of the tedious resource gathering that other games have. They also don’t do a half bad job of making it sound scientific at least, however fictionalized it is.

The rest of the blog post goes on to describe our fellow pioneer building his first shelter, and later a village with other pioneers, creating their own society on their new alien world. Pretty straight forward, but I like that they did add it in to the story. It certainly seems this little short story series they are releasing each week, is more or less a narrative to describe exactly what we as the players can do when we first start.

While I love building games, I’m still more eager to see how the starship building and exploration will be in Dual Universe. Guess we’ll find out right?

Drink up, and fly dangerously,